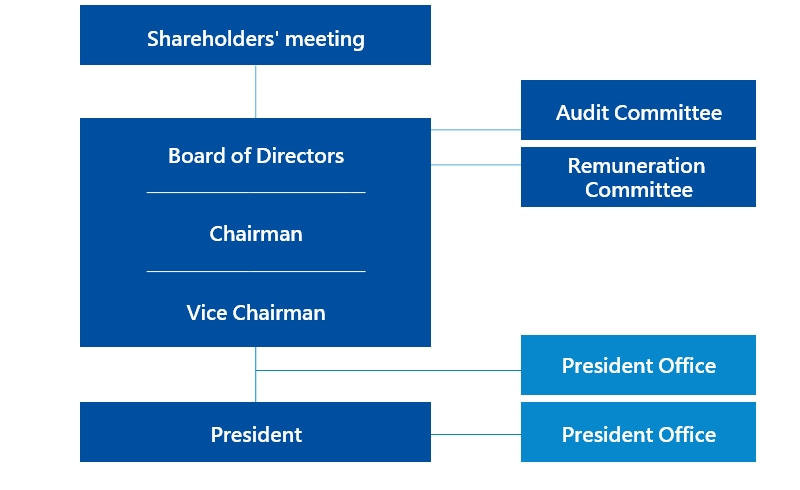 Our Audit department is an independent unit, reporting to the Board of Directors, and is composed of one Chief Audit Executive and two auditors who are qualified to the requirements of the Financial Supervisory Commission (FSC) and complete Internal Audit professional course every year. The list of Internal Audit personnel is reported in the Market Observation Post System by end of January each year.

We establish internal control system and internal audit implementation rules based on the Regulations Governing Establishment of Internal Control System by Public Companies stipulated by Securities and Futures Bureau.

Our Audit department reviews the self-audit report performed by each individual units and subsidiaries every year; along with the findings of defects and irregularities and its improvements during the audit which are the primary base for the Board of Directors and the President’s evaluation of effectiveness of internal control system and the declaration thereof.

We report the following items online within the timeline based on the stipulation of Securities and Futures Bureau: